You are here: Home / Blog / Are There Already Too Many Ham Radio Networks

It is by the name of hams that these amateur radio operators are also known as. The term “ham” is a nickname that has been used for amateur radio operators. It was in 1909 that it was first heard of by the operators in commercial and professional radio communities. It has since then been embraced by the operators, and stuck. It was only in the 1920’s that it gained popularity in the United States, after which it slowly spread to other English-speaking countries.

For quite some time the hams have begun to intermix their radios with computers so as to form new types of networks. It can be very confusing and strange. In fact, some ham radio operators are of the belief that if you operate with the help of these networks that it is not “real” ham radio. 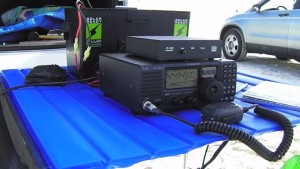 First we will explain some of these types of networks:

IRLP – this network is the Internet Radio Linking Project. Its aim is to utilize the best features of these two types of communication pipes so that it is possible to produce a more powerful communication pipeline. Its advantage is that a small hand held radio that is within communication distance of the IRLP linked ham radio will now be able to communicate with all of the hams around the world with VOIP and FM quality! What is the cost of this worldwide network? It’s FREE!

Echo Link: its basic structure for the network is a clone of the IRLP network and it helps to take communications one step further. The Echo Link allows you to add the ability to communicate from your computer with a microphone and speakers first. After that the audio goes through the internet pipe and out through a distant connected ham radio. It is also FREE!

Despite the fact that the networks are FREE, it will be necessary for you to acquire the equipment to access the network.  In order to have your radio license confirmed, you may also have to pay a very small fee. If you wish to access these networks, you will also have to be a ham radio operator.

The question which still plagues is the fact that “Are there too many radio networks?”  The answer is NO! Each one is a new step forward. Similar to the digital communications modes all of them have a purpose and have built followers and equipment infrastructure. There is room for plenty more!