You are here: Home / Blog / Perfect Tips To Charge Your Smartphone

Different ways to charge the smartphones are available to the users; however, the majority of people use the electrical mains supply or the USB port of the computer. Batteries do not have an eternal life with much lasting for a maximum of 300 to 500 cycles.

In such situations, different tips have to be followed for charging the smartphone.

Avoid charging from, minimum to maximum 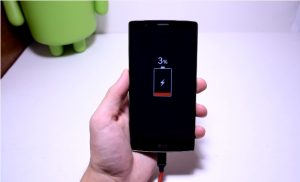 People might be tempted to completely charge the smartphone because internet applications consume a lot of battery power. It is a misconception because overcharged battery would do a more harm than good from a long term perspective. The battery should be fully charged only once a month to preserve its long life.

Smartphones off present generation stop charging once the level reaches 100% but some of them lack the capability. Therefore overnight charging should be avoided to prevent the instances of overheating of the gadget.

Fast charging: Is it beneficial?

The majority of Android phones in the market are equipped with fast charging capabilities. Many companies right from the big guns to novice promise for its performance.

It is outfitted with an algorithm situated in a chip called the power management IC. The code plays an important role in communicating with the charger so that the power could be transmitted at a higher voltage. The facility helps to speed up the charging process by many notches.

In a nutshell, fast charging is a boon for the user to prolong the battery life of the smartphone.

You should use the charger which is bundled with correct ratings. Generally, the charger and the smartphone should belong to the same manufacturer. Third party chargers could be used but is needs to be compatible with the required phone.

Do not fall for cheap chargers because they would do more damage than good to the smartphone. Some mis-happenings have been reported due to the malfunctioning of the chargers.

If the charging level of the battery is at 0%, do not allow it to dwindle at the same level.   You should make sure that it is charged at the level of 50% to ensure long-term usability. It is noticed that if the batteries are drained out of charging for a long period of time, they incapable of holding the charge.

Do not let the smartphones unused for a long time and make sure that it is half charged.

Plug the phone if possible

Batteries need to be charged periodically throughout the day. Try to avoid the big charging sessions. Plug and unplug the phones multiple times to ensure that battery is not overcharged or heated. Periodical top ups of the battery are required if you are using the GPS-based applications on the smartphone. They consume lots of resources of the battery.

Cool off the battery

It is vital to make sure that battery is cooled if the temperature increases.

For instance, you can cover the gadget while charging under the sun. 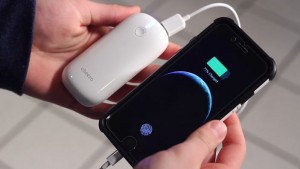 In present era power bank has proved to be the single most important source of charging the battery while on the move. It is vital to clean the ports to which the smartphone is plugged. One should not let the temperature of the gadget increase more than 95 degrees Fahrenheit.

Carry a spare battery to provide well-deserved rest to the existing one if it becomes hot.  If the battery of the smartphone is delivering poor performance, upgrade the device as the new ones provide better results to the users.

One of the charging tips to improve the performance of the battery is to completely drain it out and recharge it fully. It is a wonderful exercise that would go a long way in extending the lifecycle of the gadget.

If you are on the move and do not have access to conventional electricity supply, it could be a nightmare to charge the devices.

Backup battery devices are handy gadgets that have USB port to charge the smartphones. They can be easily stored in the bag while you are on a journey. It ensures that the phone is completely charged wherever you go.

The solar charger is also available to charge the phone however the size could become an issue for the users.