You are here: Home / Blog / Putting A Light Over The Fact Of Importance Of Cable Management

Computers are the pretty messy technical arrangement of an intellectual machine, which is quite common and necessary enough in our daily schedules. These computer assemblies were usually, however, not so significantly considered in respect of its importance, while using it ordinarily. The only expectations from these machines were, usually, that it would perform durably and consistently without creating any sort of annoying situations or issues. 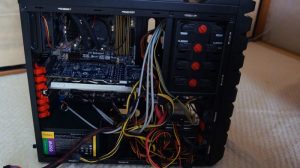 Though it is not completely impossible to have such an expected performances from any piece of well organized and installed computer systems, but it requires a proper management, even regarding the small issues like cable management which generally does not seems to be so important, but in reality it does matters up to some extent. Cable management is probably the most overlooked aspect in assembling a computer.

An efficient and properly managed cable assembly always gives a soothing affect to the internal ambience of the system. It also provides the overview of the manufacturer regarding their passion or dedication towards providing such piece of excellent machines. 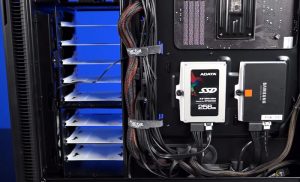 A well thought-out cable arrangement is very helpful in clearly marking the connecting components of the system which is incredibly supportive in diagnosing the exact connected ports with the specific hardware, in case of any issue. Manufacturers or even users also use to enjoy this organized setup of cable assembly by applying LED fans with some windows over the case, leads them to show-off their exclusive mother boards and graphic cards like hardware’s to others, as these really looks great in this way.

Any of the unmanaged and messy cable assembly always consumes the more space than what is actually required or more in comparison to those of the managed assembly. This more than enough space consumption creates hindrance to the proper air flow into the system. A proper air flow is required to any system in a way to flow out the machine generated heat and retain the internal temperature of the system at steady state. This air flow hindrance, caused by the unmanaged cable fit outs, usually causes an overheating issue to the systems. 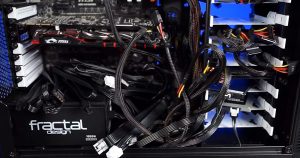 Even many of the proficient service providers, who are not aware of the significance of the well organized cable assembly, interpret this situation as incompetence of SNPS or CPU fan to stabilize the internal temperature. But the fact is that mess of these cables were mostly overlooked and the problem of overheating goes on persisting, even after changing various unnecessary parts. Thus, planned cable assembly is very important in providing proper air flow to the system and maintaining ideal working temperature inside the CPU.

It is not so tricky to change the various components of the system on your own. What makes it tricky is the knowledge of identifying connection ports and various plug-inns. 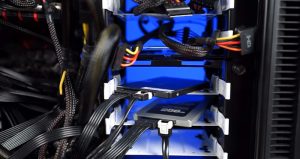 Most of the components in traditional CPU’s do not require professionals in case of switching it with the new ones or with the upgraded hardware’s, like GUI, mother board and hard disk. But it would become difficult to change the same hardware’s, when any computer has an unmanaged cable assembly, as it is really annoying to identify the proper ports of connections and which wire leads to where? Here, in such conditions, organized cable assembly is of great ease as one can easily identify the root and designation of each wire.

As the various aspects of organized cable fittings were discussed in the above points, it would rather be unfair if the outcome or benefits of obtaining this particular is not mentioned. In our daily routine, where the computers have great influence, the beneficial aspects of organized cable application to the systems can be seen as well. To evaluate and identify such benefits, few points can be assumed under the head of this section. 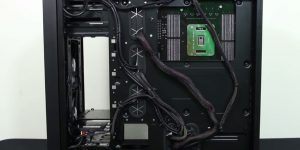 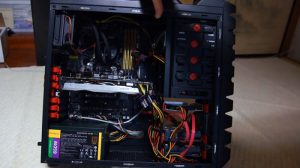 All these studies have proven the point of significance of organized cable assembly. It is now very much clear that overlooking to this particular aspect of computer could cause unnecessary expenses to users and unsatisfactory experiences, even with high-end machines. Thus, considering well fitted cable cabinets could be a profitable deal, in monetary and performance terms.