You are here: Home / Blog / The Fundamentals of Direct Response Radio Advertising

Direct response marketing has been designed in such a way so as to arouse an urgent response. By creating an immediate response, it also compels the potential customers to take a time bound action which can include electing to go in for your email list, picking up the phone so that they can call for additional information, placing an order and even on being directed to a web page. 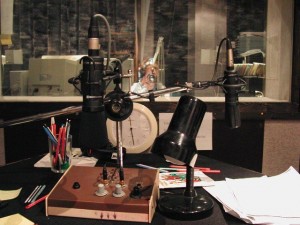 Below we have provided you with the main characteristics that make a direct response ad:

It can be measured: You can come to know which ads are being responded and you are also aware as to the amount of sales that you’ve got from each ad. You can also determine the effectiveness of each ad. It will then be possible for you to drop and even edit the ads which are not providing you with the return on investment.

It can be tracked: This means that when someone responds, you are able to know in which media and which ad was responsible for generating the response. It serves as a direct contrast to mass media. Also, it needn’t be that anyone knows as to what ad had forced you to purchase that can of Coke. It can also be that you yourself are not aware about this.

It calls for a response: A “call to action”, motion is there in direct response advertising and it has a compelling effectiveness that forces the prospect to do something specific. High probability prospects have simpler ways to respond like that of a free recorded message line, regular phone number, a fax back form, a web site, a reply card or coupons. On a respond from the prospect a lot of the person’s contact information is captured as it will be in this way that they can be contacted beyond the initial response.

It provides for a specific offer: At times, the ad makes an offer than can be value-packed. The aim of the ad may not be to sell anything from the ad only to let the potential customer to go in for the next action which is that of requesting for a free report.

It makes use of compelling headlines and sales copy: This sort of a marketing gimmick has a fascinating message of strong interest to your selected prospects. It can also be that the ads are similar to the looks of editorial prints than an ad. This is what makes it at least three times more likely to get read.

Specific audience or niches are targeted: Prospects within specific geographic zones, verticals and even niche markets are targeted. In this way the aim of the ad is to appeal to a narrow target market.

Maintenance follow-up of leads that are unconverted: If the customers are not able to acknowledge the ad within the short term follow-up period as they will be having numerous reasons for not maturing into potential buyers immediately. This is known as slow-to-mature prospects. These sorts of customers should be hearing from you once to several times a month.

Short term as well as multi-step follow-up: In return for apprehending the prospect’s valuable information, details and education on the prospect’s problem is offered. An “irresistible offer” should be carried with as it has been linked to the next step that you want the prospect to take. This can include scheduling an appointment over the phone and even coming into the showroom. After that a series of follow-up “touches” with the assistance of different media such as e-mail, mail, phone, and fax are made.

Last but not the least, with the expansion of the market companies will also be looking to introduce new technology that will continue to evolve.