You are here: Home / Blog / An Essential Guide To Buying Powerbanks

One thing that is common among cellphone users today is the fact that no user can easily tell for how long they might use their phone before the battery goes flat. Apparently smartphones could win a price for having batteries that run out the fastest. Then again it is hard to blame the phones when they are made to run 24/7 either actively or idly. Even when phones are not at use, they are still running programs in the background. There was a time when smartphone owners were complaining bitterly about the very low life running life of their battery once their phone is in use. Many blamed the phone manufacturers but today, most understand that with the number of applications that a smartphone runs at any particular point in time, it is understandable why the battery is always running down. That is the more reason why powerbanks are common today. 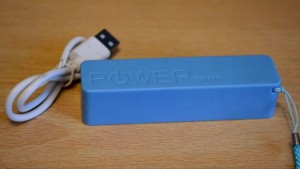 That said in this era of social media and things going viral, it has become necessary for cellphone owners to be able to be reachable at all times. In fact, most users consider their smartphone a mini office and will give a tooth and nail to make sure their battery does not run flat just when they need to use their phone. A few years back that would have meant carrying a charger everywhere and looking for charging ports at public places to charge the phone when need arises. Today, power banks are en vogue. Ever since they became a happening thing so many brands have popped up it has become very difficult for users to know quality for fake. That is why in this guide you will get a brief overview of what a powerbank actually is, some of the terms that you need to know when you are buying a powerbank and the different types of power banks that you are most likely to come across.

What is a powerbank? 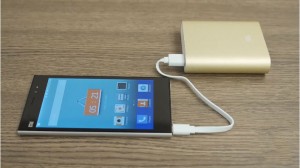 A power bank is a mobile device that can be used to charge cell phones and other devices through a usb port. As an external power supply, it has o be correctly charged so as to ensure that it is powered when it has to be used. Powerbanks come in all sizes and capacities. Depending of its capacity, a powerbank may be able to charge a Smartphone for a whole week before powering out.

As someone trying to buy a powerbank, there are a couple of terms that will be useful to know. Knowing these terms will help ensure that he buying process is made a lot easier. These include 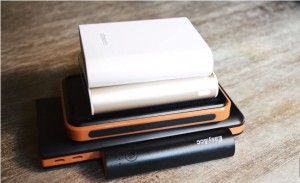 There are many different types of powerbanks in the market. These include universal chargers that come in varied sizes. There are also solar charged powerbanks that depend on the sun to be charged. If you choose to uses these, you should be prepared to wait a long while for the device to be charged. Then there are power card ones that come with an external charging cable and a cableless ones which do not use any cable but are attached directly to the device to be charged.

Considering the features of a powerbank discussed above, choosing a powerbank will be different for different people. The main considerations that will deteremnine what to buy include but are not limited to 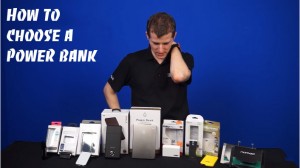 The next step will be to estimate the amount of power rating that the said device or devices will need. if you have two devices, you will have to check their battery power, sum them up and then multiply by the extension in decimal form. By doing this, you should have an idea of the right power rating that your powerbank needs to have it is should be able to power your available devices.

Also consider the current rating as it is important when it comes to determining whether the powerbank you are looking at will be able to charge your device. Most devices like phones only need a port of 1A to be charged. However, devices like laptops may need up to 2.1A.

If you are thinking of going out to buy a powerbank, it is important to know a thing or two about them before buying. Many people have bought powerbanks only to be disappointed by the fact that it cannot charge their device. While it may be necessary to look at certain brands, what is more important is making sure you get a powerbank whose power and current ratings are equivalent to those of the devices that will be charged with it.  A little afore knowledge like the one found in here should be able to help anyone get only the right powerbank anytime.